Dave Matthews burst into the spotlight in the 90’s as one of the most unique guitar players of the era. His band, The Dave Matthews Band, which he fronts as both the lead vocalist and primary songwriter, has been one of the most commercially successful live acts of the last 25 years. In this article we answer the question – What guitar does Dave Matthews play?

Since forming in early 1991 in the college town of Charlottesville, VA, The Dave Matthews Band has toured relentlessly. In that span they have sold upwards of 100 million tickets and over 100 million albums. With numbers like that it’s no surprise Dave Matthews is one of the wealthiest rock stars on the planet. As of 2020 Dave Matthews’ Net Worth is estimated at $300 Million.

What Guitar Does Dave Matthews Play?

Dave has written all of his songs, as well as, performed almost exclusively with an acoustic guitar.

Matthews typically tours with a bare minimum of 3 guitars (though it is often many more than that). Two 6-string guitars (standard and drop-D tuning) and a 12-string are on hand depending on the tune. Since 2011 Dave has rocked several custom-made guitars made by Rockbridge Guitars out of Charlottesville, VA.

Most of his tunes call for the six string, and at the time of this writing Dave’s go-to player is a Custom Rockbridge SJ Sunburst (pictured below).

Over the course of his career he has switched up his main axe several times. He is most well-known for his iconic Gibson Chet Atkins SST Acoustic Electric and his Taylor 914ce.

“The Chet” was Dave’s main guitar for most of the 90s while recording Under The Table and Dreaming, Crash, and Before These Crowded Streets. He had a 2 Chets in the arsenal back then. One in black, and one in natural finish.

The guitar’s thin, feedback free design, as well as its ability to cut through mix were key featured that attracted Dave to the Chet. Dave’s first Chet was a SST Standard, complete with plastic sound hole, used in the “What Would You Say” video.

Dave upgraded to the newer SST Studio model for “Ants Marching”, “Satellite”, “Too Much”, “So Much To Say” and “Tripping Billies” music videos. Dave retired the Chet Atkins sometime in 1999 when he was choosing between Taylor and Martin Guitars for presumably an ungodly amount of money.

A guitar used for several acoustic radio shows and interviews between ’93 and ’96. This guitar appears in the music videos for “Satellite” and “Stay (Wasting Time)”.

Dave’s main guitar for the 1999 Dave and Tim shows. He also used it during the VH1 Storytellers with Reynolds. After receiving a Martin signature model Dave ditched the HD-28.

You can get a good look at the HD-28 in action during the professionally filmed ‘Listener Supported’ Album/ DVD from 1999.

Dave’s signature model from Martin. Dave used this guitar on the Listener Supported concert, and some of the DMB Summer 1999 tour. Not too long after that he opted for the Taylor 714 for the 2000 tour.

Dave’s touring guitar for 1999-2000. He had four of these guitars at one point, but typically only used one of them while the others took backup duties. Dave discovered this guitar at Dusty Strings in Seattle, WA.

In 2010, Matthews’ collaborated with Taylor and created a limited edition Dave Matthews Signature Guitar. Modelled after his iconic 914c with custom inlays and a tribute to the late great Leroi Moore, founding member and saxophonist for The Dave Matthews Band, who passed away in 2008.

Dave used this for several songs on Lillywhite Sessions (such as JTR, Bartender and Grey Street). Matthews feels that these are the exception to the typical “strummy-stummy” sound that most 12-strings exhibit.

Dave took this on tour in 2000 and used it up until it was replaced with a Custom Rockbridge 12-String.

As we stated above Dave has switched up his guitar numerous times.The following info for the rig rundown was taken from DaveTabs.com

The following info was taken from DaveTabs.com

Dave Matthews is one of the most unique guitarists to ever hit the music scene. Dave’s style is aggressive and percussive. He has an innate ability to mute almost any string he would like while still fully strumming either chords or single notes.

If you ever watch Dave’s right hand while he is playing, it rarely stops moving. He strums his heart out on every song he plays. Even on songs like The Stone where Dave has to hit single notes, Dave’s hand is moving like a butterfly. He hits all the notes and doesn’t think twice.

Dave also wrote many of his songs with the same set of unique chords. These “Dave Chords” are played in at least fifty percent of his songs and are known and loved by all DMB fans. Although many of Dave’s songs are extremely difficult to play, anyone who practices often can learn his style and how to play “like” Dave.

How many shows has Dave Matthews Band played?

As of January 2020, the Dave Matthews Band has played 2960 official shows over the course of 79 official tours (Source: DMB Almanac).

Wrapping it all up

Hopefully this answers the question, what guitar does Dave Matthews play? If you would like anymore in-depth analysis of famous musicians guitar rigs feel free to send us a message. 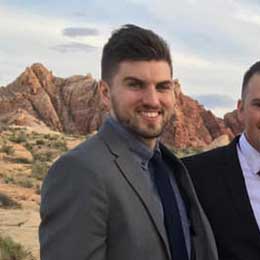 I was born and raised in Western Pennsylvania. My background is in Electrical Engineering earning a Bachelor’s degree from Youngstown State University. With my engineering experience, I’ve developed as a designer of guitar amplifiers and effects. A true passion of mine, I’ve designed, built, and repaired a wide range of guitar amps and electronics. Here at the Guitar Lobby, our aim is to share our passion for Music and gear with the rest of the music community.

5 thoughts on “What Guitar does Dave Matthews Play?”